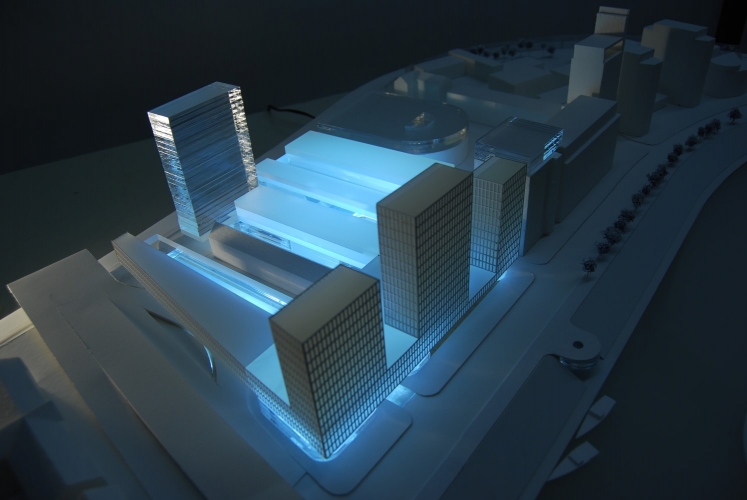 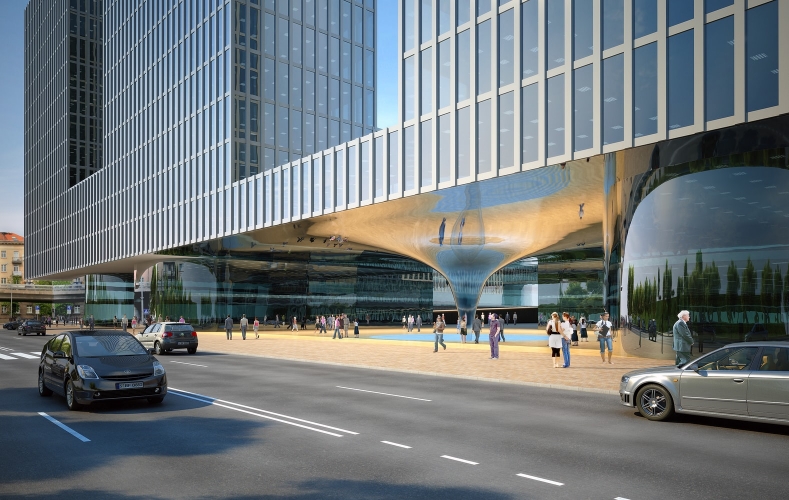 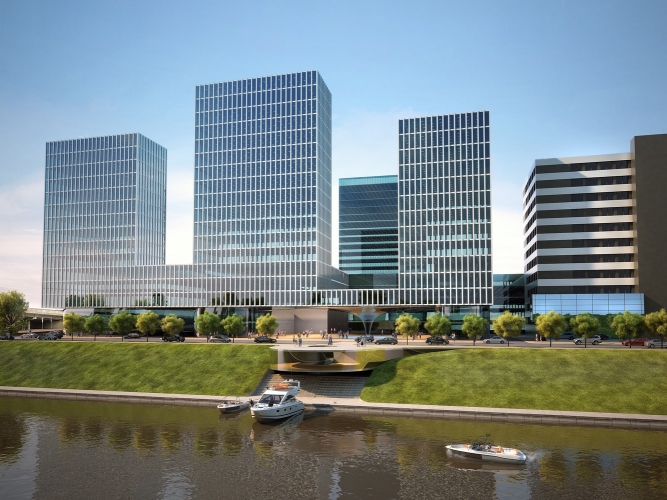 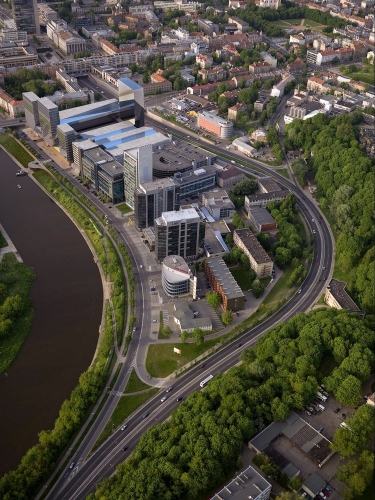 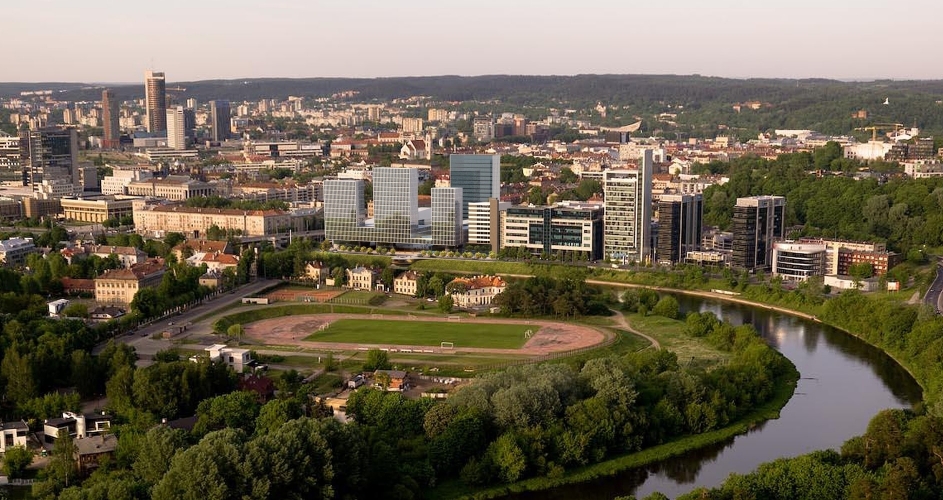 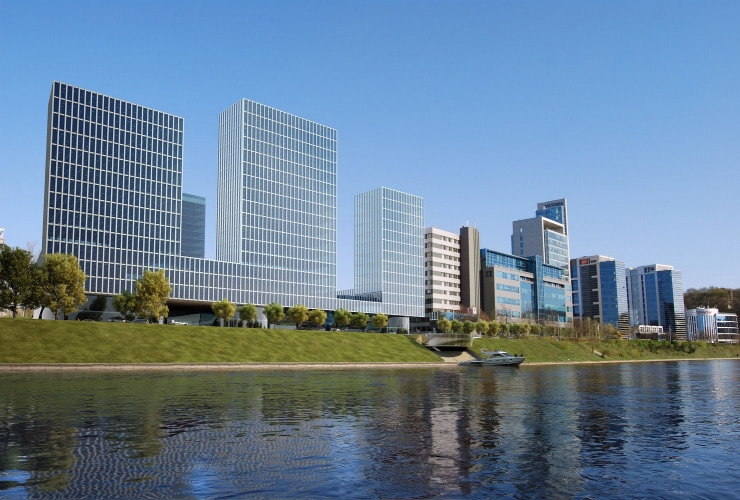 Three huge steel and glass outdoor screens facing the river. The new development project of the “Business triangle” on the left side of the river Neris created by 4 Plius architects may cause different associations.

The idea behind this project was to create a dynamic space of flows, that is a qualitatevely new multifunctional public and business centre, open to the city and its people, modern technologies and environment, flows of capital and ideas. It reminds the idea of “Space of Flows” by a famous Spanish sociologist, Manuel Castells who had analysed the information society and communications. The “Space of Flows” defines the cultural abstraction of space and time and its dynamic interaction with the society in the digital age. Castells developed this idea in order to name the new possibilities of arranging the space. The modern world itself, where people’s actions and interaction among them are interconnected by the dynamic process, where the distance became a more dynamic, rather than a static factor, requires new approaches. It is just the continuous movement that brings us into the continuous and real time.

So, in this project offered for international competition a typical model of spatial logics in a modern city reflecting dynamic processes of the development and innovations accelerated by the flows of information, capital and ideas was used. It was an attempt to create a business centre which constantly would be full of life, and which would not become quiet and empty after the working day when skyscrapers get closed and stay lonely in the surrounding space. Thus, the architects aimed to bring some vital spark when expanding the “Business triangle”.

As it was defined in competition assignment, the project includes not only offices, a hotel, restaurants, conference premises, but also a shopping centre, new city square and a quay. The architects believe that the square and the leisure zone in the quay will provide new impetus for the life of whole quarter.

One of the focuses of the new landmark is the composition “Sūkurys” to be placed in the square. It looks as if a glass sand-clock which would be the symbol of an intense city life and flow of time.