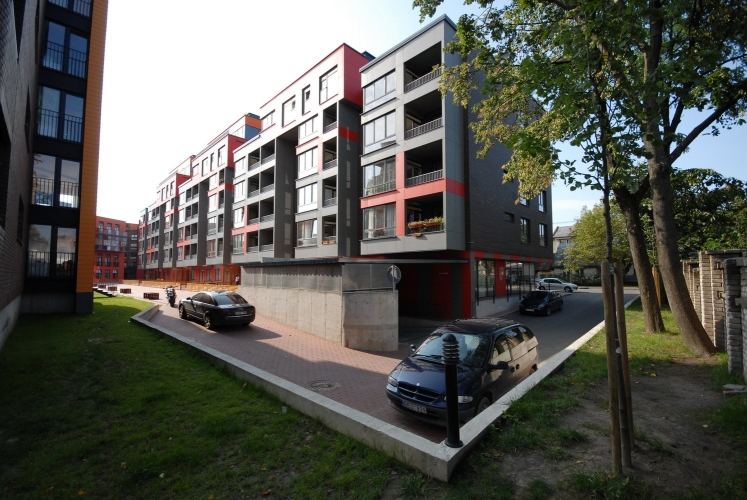 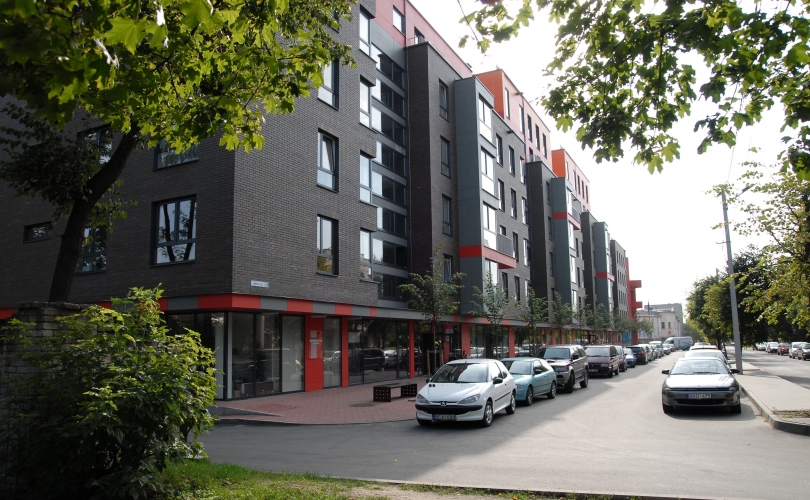 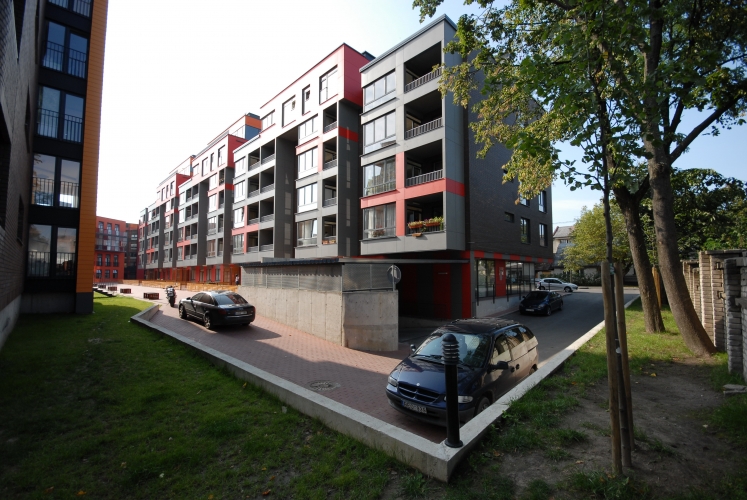 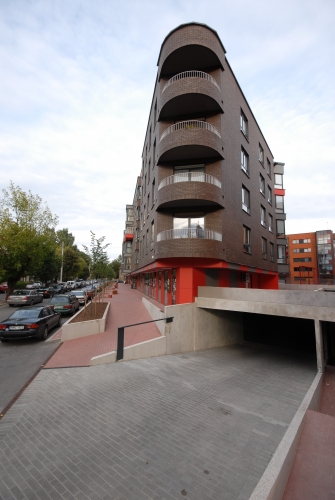 The dwelling house Aušros namai (The Dawn House) arose in place of a former furniture factory in the historically significant Žaliakalnis (The Green Hill) district.

When Kaunas became a temporary capital of Lithuania in 1919, the city expanded rapidly and a need for a comprehensive city plan was realized. For this purpose a Danish engineer M. Frandsen was invited, and he together with a city engineer A. Jokimas proposed that the then suburb of Žaliakalnis was to become an administrative centre of the city. Although his idea was not fully implemented, the district quickly became very popular among artists and intellectuals, and many modern residences in the area were built. One of the most prominent monuments of Žaliakalnis is the Prisikėlimo (the Resurrection) church – a symbol of nation’s independence (its construction began in 1933, it was turned into factory during Soviet times, and dedicated in 2004).

The Aušros House is oriented towards this church. Its triangular layout has an inner yard and a garden which is typical for Žaliakalnis. The corner part of the complex remains from the old building of the factory and was completely renovated, and the other parts were newly built. Together they form a unified whole. The southern façade of the building is decorated with warm colours representing the sun while the northern side of it remains quite moderate of dark bricks. The structural system: brick walls and prefabricated panels. From the terraces of lofts a panoramic view of Kaunas could be well enjoyed. This is one of the first examples in the city of converting the former industrial building into a dwelling house.