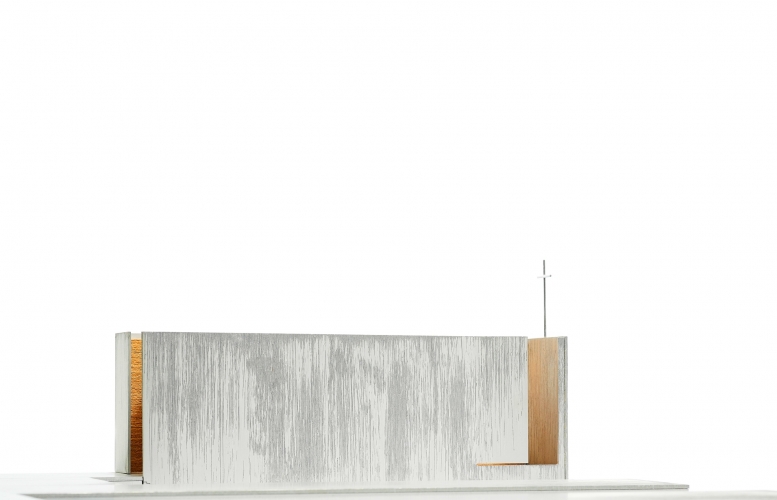 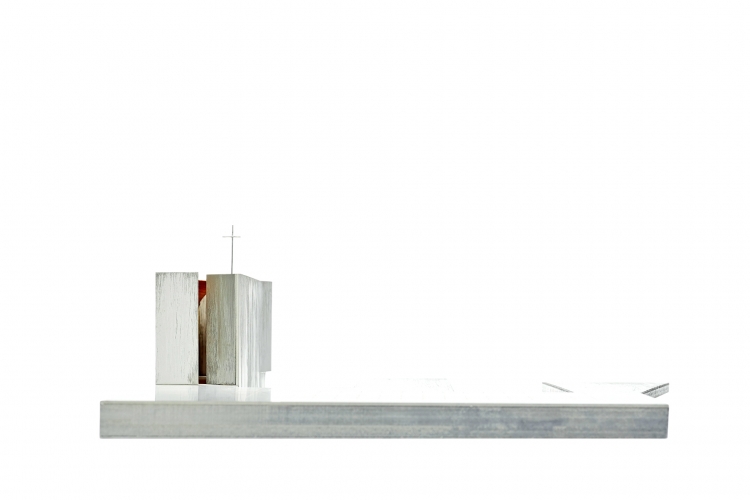 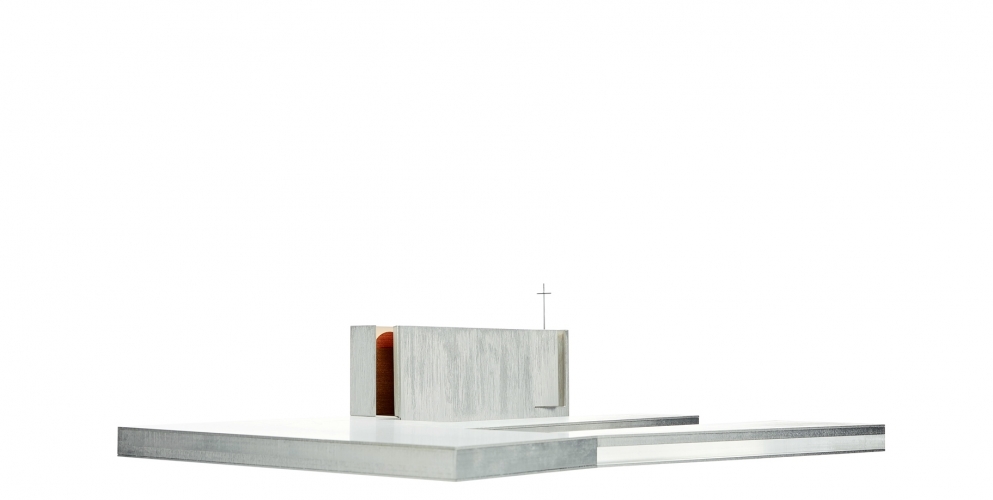 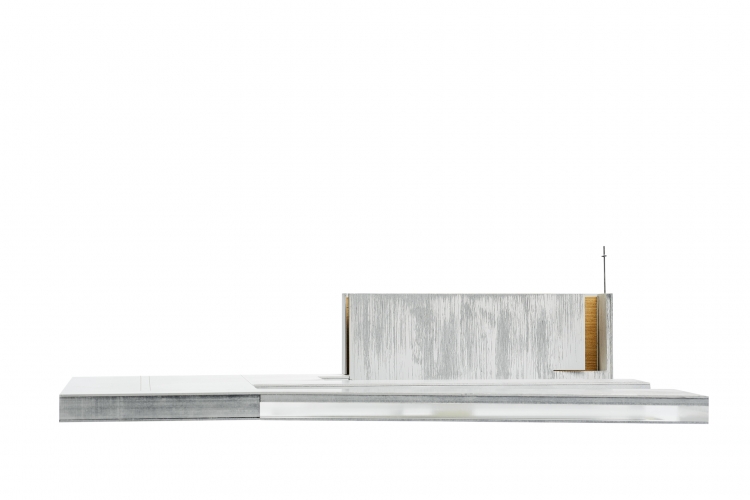 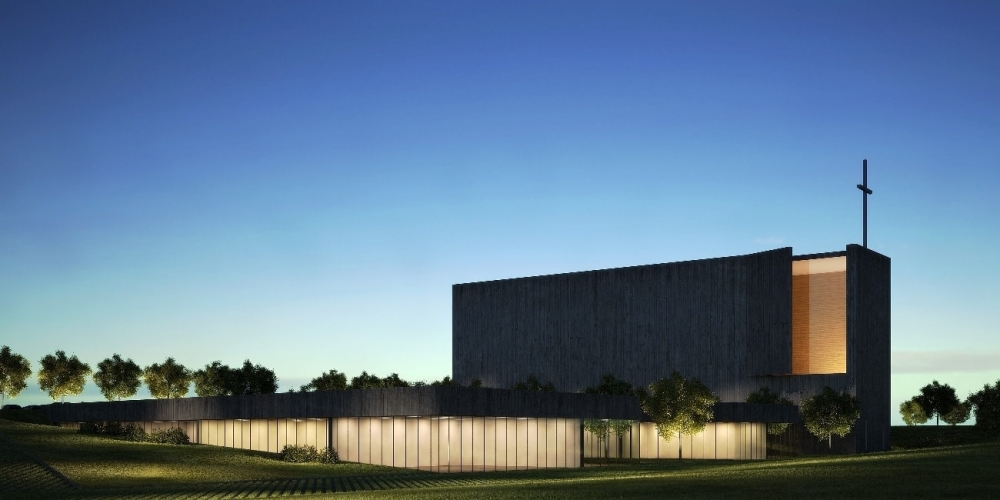 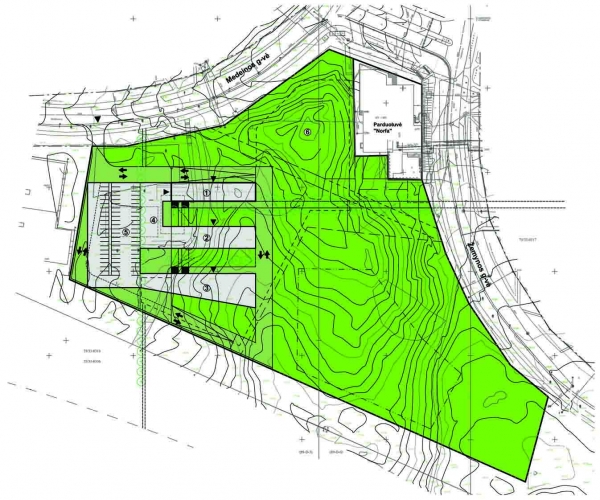 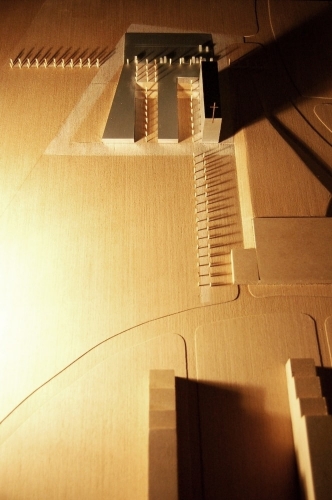 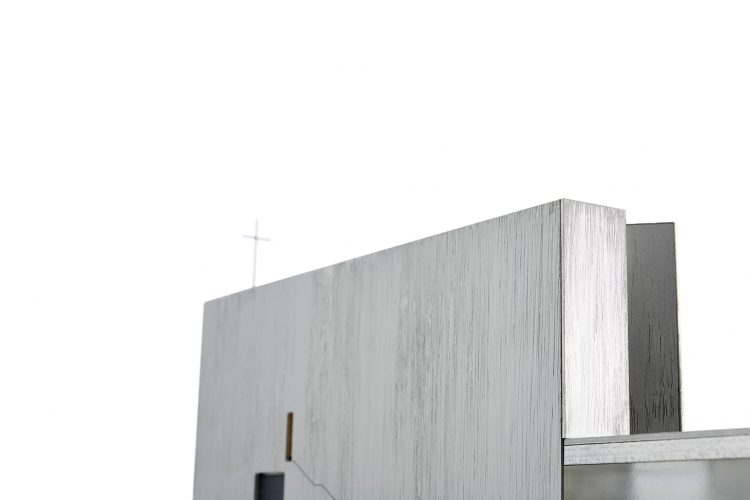 Modern Vilnius presents itself as the city of two contrasting parts standing for two different worlds: a famous historical part, the Old Town protected by UNESCO, with its exceptional aura of dozens of churches and various cultural sights, created through centuries, and the other – residential (or “sleeping”) districts, mainly built during the Soviet years. The latter was deprived of any sacred spaces thus formed a huge urban area of emptiness.

A project presented by 4 Plius has won 1st prize at the architectural competition for Pasilaiciai parish church organized by Lithuanian union of architects and Archdiocese of Vilnius in 2007. The main idea behind the project is an “open door” as the decision to build a church in one of those districts reminds of the story of John the Baptist, preaching in the wilderness of Judaea. The main concept of the church that was proposed is an “open door”, which associates with the call of making a way to Him, of allowing Him to resurrect Man and the City.

Architectural solutions that were suggested relate to the main idea of the project: ascetic façade of the church represents the main idea of an open door expressed by modern means. For the exterior finish a monolithic concrete is proposed. Traditional orientation of churches with respect to cardinal points is maintained, and the complex of buildings is integrated into the natural landscape. The new building layout is such as to use a small area hence leave more public space. Building plan: single nave, classical symmetrical spaces, main altar at the end. Interior: laconic and soft light produced by colours and materials used (wood), focus on the cross above the main altar.